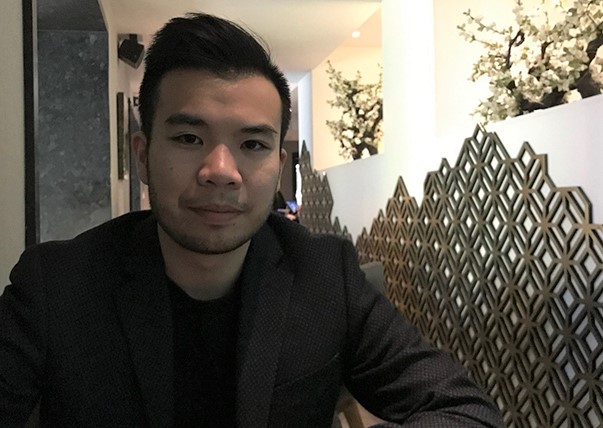 Billy was living in Edmonton with his parents when he was confronted with a choice-quit using drugs and continue living at home or keep using them and leave.

Moving in with friends, Billy continued using substances while engaging in criminal activities. At eighteen, Billy went to jail for the first time. Billy didn’t consider it a terrible price to pay as he had a nice car, a girlfriend and was making a lot of money. However, the glory was short-lived. As Billy’s tolerance to substances increased, his behavior grew more reckless. By the time Billy was twenty, he was homeless and couldn’t make enough money to support his habit.

Billy couldn’t hold a job, and his couch-surfing days came to an end when his friends could no longer accept his conduct. Broke and with nowhere to go, Billy remembered a text from his Mom. If you ever want help call this number. Billy dialed the number, not knowing who would be on the other end.

The person answering Billy’s call was a member of Alcoholics Anonymous. Billy met the man at Tim Hortons, where they talked for three hours. The man told Billy he could drop him off at the men’s shelter, or Billy could go to his parents’ house and wait for a bed in treatment.

As an act of self-preservation, and with no better options, Billy agreed to go, but he had no intention of taking rehab seriously. The night before Billy left for treatment, his father said, if you have to use drugs, do them here. Only please, don’t leave. At that moment, Billy realized how deeply he had hurt his parents. His father, who loathed drugs and didn’t want them in his home, was willing to go against his morals and beliefs to save his son.

Ninety days later, Billy was a changed person. He had completed his inpatient program, transferred to a sober living environment, and was a member of a 12-step group.

Although Billy was living a brand new life, there was a dark cloud hanging over his head. Billy had made many poor choices before going to treatment and faced the wreckage of his past. He had broken the law and had an outstanding warrant for charges not yet settled. Billy knew it was only a matter of time until he would need to take responsibility and deal with his mistakes.

In a conversation with his lawyer, Billy learned he would have to do jail time, but then it would be over, and he could put his past behind him. Billy spent nine months behind bars before being released on parole into a sober living environment.

In Billy’s transformation, he discovered he wanted to help others like himself. Billy enrolled in the addiction program at McMaster University, and upon completion of his schooling, he found part-time employment at a treatment center in Ontario. Billy also worked the night shift in a sober group home for young men in recovery. Although he enjoyed both jobs, working day and night was tiring.

In July 2019, Billy learned Bellwood of the Edgewood Health Network (EHN) was hiring. He emailed his resume and got the position. Billy’s role as the Alumni Coordinator is to stay in contact with graduated patients and help them find ways to continue engaging in the EHN community.

Billy leads morning reflection groups with the people in treatment, and by the time patients graduate, they know Billy and have a therapeutic relationship with him. Reflections are a thirty-minute group where clients can chair the meeting and get a sense of what it’s like to share their recovery with others. Billy enjoys this morning ritual and says being a part of others’ transformations is an uplifting way to start the day.

Billy believes the alumni experience should start as soon as someone enters EHN. Alumni are an integral part of the program. They are proof that recovery works, and they have insight that only someone with lived experience has. Alumni return to the treatment center to share their story, chair 12-step meetings, serve as contacts for graduating patients, volunteer at the facility’s in-house coffee shop, attend monthly alumni events, and volunteer on the alumni social committee.

In the five years since Billy has worked in the addiction and mental health field, he has noticed a shift. People are realizing that substance use disorder isn’t a moral failing and that individuals struggling with addiction aren’t bad people. They’re sick, and they need help. Patients coming to treatment don’t always feel they’re worth getting well or that their life will be happy afterward. As an alumni counselor, Billy helps clients understand they are worth it and there’s a beautiful life waiting for them in sobriety.

Not everyone is in treatment because they want to be. But Billy doesn’t prescribe to the philosophy, you have to want to be there, or it won’t work. Billy’s experience says differently, and so do the many others he helps. Billy believes if an external force gets you in the door, that’s okay. If you do the work, internal motivation will follow.

Billy’s life experience, coupled with his schooling, has landed him the perfect fit. Billy understands the fear and stress of being in early recovery, and he knows how pivotal the first few days and weeks in treatment are. Speaking openly and honestly with the patients at Bellwood promotes trust, bonding, and connection. Billy can say, I’ve been there, and it’s going to get better.

January 15th, 2014, when Billy entered rehab, he had no idea that he’d be living a brand new life or helping others like himself. Billy’s story is a testimony to the excellent care he received in treatment, his hard work, the support of his family, and the miracle of recovery.