Getting The Full Christmas Treatment – No Regrets

Getting The Full Christmas Treatment – No Regrets 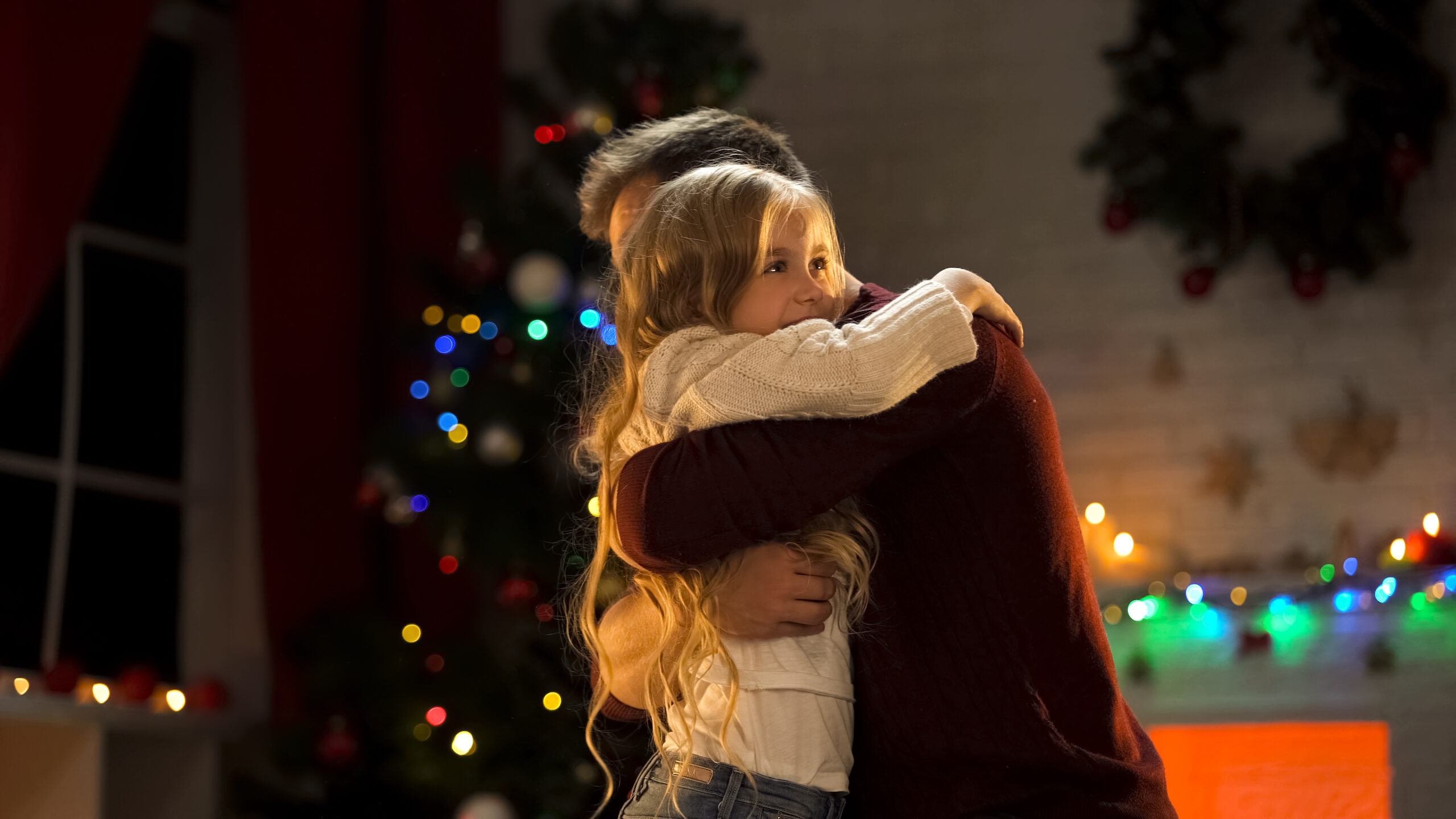 It is November 2007. Russ W.’s family is holding the classic intervention in B.C.’s Okanogan Valley. Tissue boxes are in right places. A circle of loved ones are pleading with him to take the gift being offered. Letters are being read. Brothers, daughters, all urging him to go to treatment.

Russ won’t go. He had been to a different centre twice in the past couple of years.

“My brother had read me his. My sister-in-law. My doctor. My son said a few words. I said yeah, no, I’m not going. I just got out of treatment a few months ago. It doesn’t work for me. I’m not going. Not a chance.”

The truth is Russ was busy burning down his life once again with substances and he wouldn’t budge.

Until his 11-year-old daughter spoke up.

“Kia read me her little letter and I said okay, where am I going, when are we leaving? My little girl got me.”

Fast forward 15 years. It is November 2022 and Russ is sitting with a stack of assignments – including his Significant Event sheets, which he and all the other patients would write each night before bed. What had the day been like? What had struck you?

He has agreed to talk about his memories of the fall and winter of 2007-2008, and he is smiling as he looks at the mass of papers spread out on his apartment coffee table.

If you are one of those who went through addiction treatment over the Christmas holidays, chances are good you too have a myriad of memories to fall into. Chances are also good that how you first calculated what it would be like, and what it turned out to be like are polar opposite.

No matter the time of year, it will come as no surprise that many people arriving in treatment are in rough shape. Emotionally, physically, mentally, spiritually. Nerves are frayed. Poor nutritional habits have led to consequences. Clothes don’t fit. Aches and pains. Scars and scabs. It can all be present. Detoxification is often needed. No matter how far down the scale into substance use people have gone, there is an adjustment period when they arrive at a centre.

In 2007, Russ’s family paid for him to go to Edgewood Treatment Centre, an 80-bed inpatient facility with room for another 40 patients in Extended Care.

His substance of choice at that time was crack cocaine. Often.

“It was non-stop. If I was awake, I was smoking it. And I was awake a lot,” he says matter-of-factly.

It was his third time in treatment in two years, the previous two having been spent at a 28-day facility in Kelowna. Edgewood was different, more open ended, with extended care likely in his case because of his relapse history. So, Christmas or not, Vancouver Island or not, Russ was none too thrilled to realize he was going to be in the centre over the holidays.

Not that the holidays were religiously elevated. He wasn’t a practicing Christian. But like many Canadians, the day was all about the children, the food, and a brief tolerable get together with family. On the surface, at least.

Dig deeper and you find more of the realism of addiction.

“But I probably didn’t even realize I was going to be in treatment over Christmas until like the middle of December,” he adds. “I wasn’t happy. Not what I expected my life to be like, sitting in a treatment centre at 40 years old …”

But as the buildup began, the tree, the appearances from alumni, the vulnerability from his peers sharing their stories, things began to soften for Russ.

It was no coincidence. It happens time and time again.

Inside the buildings on the Edgewood property, a facility that hosts trauma patients, extended care, inpatient, outpatient and continuing care, the Christmas spirit is carefully planned, exceptionally detailed in its implementation. It is not just the food; it is the topics of groups. Of movies. Of activities. It is the way staff volunteer to work certain days where other industries are scrambling to find workers for those special moments. Not so at Edgewood. Staff have always gone out of their way to make sure that the traditions of an Edgewood Christmas are maintained. They include a caroling and tree decorating night. A poignant December Cake Night where even the staff sing to the patients to open the evening. An alumni and patient Spaghetti Night – all of it part of the holiday flavor.

“For obvious reasons, the holidays were a little different the last two years, but despite Covid restrictions the patients and our alumni still felt the love,” says Bonnie Bartlett, EHN Canada’s Marketing and Alumni Relations Manager. “We made some adjustments to our traditional spaghetti dinner and turned it into a curbside pick-up. Over 100 meals were served, and all proceeds went to the Nanaimo Food Bank.”

Just like in the Dickens classic, any semblance of an Ebenezer side changed for Russ.

He began to see how the intervention, the confrontation he was livid about having to experience, was a blessing, a get out of jail free card. It all culminated with a family phone call on Christmas Eve.

“I was not happy I was going to be in there over Christmas. I probably wasn’t super okay with it until I phoned my family on Christmas Eve. I remember my brother saying to me, well at least you are in a good, safe place over Christmas. That is when I realized if I can’t be with my family, at least I am with a pretty good family in here.”

Christmas morning at Edgewood is almost magical. Under the big tree in the common area of the main building, each patient can expect to find a gift. Nothing extravagant, perhaps a mug, a soft blanket, mitts, a toque – something humble and grounding. After a scrumptious breakfast the patients still gather for a Gratitude group by the tree soon after, and it is there many memories are built that last a lifetime. At least they have for Russ.

“I remember Christmas morning was unreal in there. I can still picture everybody sitting in this giant circle and everybody going around and telling what they were grateful for. Presents were never a big thing for me at Christmas, it is all about the kids for me. So, presents don’t matter to me. But I remember everybody got a stocking – it was a cool feeling.”

Looking back 15 years later, at age 55 now, Russ remains grateful for the time he spent at Edgewood. He recently found himself talking to friend who will be spending her Christmas in a centre as well, facing years of substance use. She is scared and shared her doubts about it to her friend Russ.

“I said, yeah, but don’t sell yourself short. You are going to have an absolutely amazing time at Christmas,” he says.

“She was like what? I told her about my experience here at Edgewood. I said you are going to be just fine. You are in a super safe place; you are going to be with a bunch of people that are probably going to be pretty grateful that they are sitting there and not sitting at home loaded with their family or having pulled a no show for Christmas because they are loaded somewhere.”

Russ looks down at his Sig Sheets one last time.

“So, it was an amazing Christmas – it turned out to be amazing. People getting dressed up, we had a nice meal. It was beautiful.”

All these years later, Russ is still loving sober Christmasses. He has become as big an advocate for recovery as can be. If you know someone who is uncertain about spending Christmas in treatment, tell them to talk to Russ.