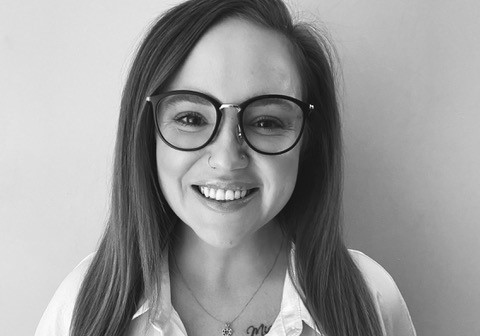 Born a proud Taurus in North York, Ontario, Leigh recalls her and her older brother growing up very close as kids – until life became turbulent for both.
She describers her early childhood as pretty good, with special family trips to Montreal and Belfast.  She has fond memories of times spent with her parents and extended family that came with many “good old Irish get togethers” including a lot of signing, a lot of food, a lot of drinks, and a whole lot of love!

Leigh grew up a “Daddy’s girl” sharing that her dad used to call her the “twinkle in his eye.” Tragically, Leigh’s father passed away when she was only 10 years old.  Her Mum’s depression increased significantly as she grieved the loss. She was there physically and was able to provide a home, yet unfortunately she was not present.  Sadly, she yearned for him so deeply, it interfered with her ability to care emotionally for Leigh and her brother.

Tragedy struck again when Leigh’s mother passed away when Leigh was 18 years old. During her illness, Leigh became her mother’s primary caregiver and was able to develop a closer relationship than they had ever had.

Death was very real to Leigh, and as a young 13-year-old, she began to experiment with drugs and alcohol.  There was a certain allure about it to her.  Something that she had observed as a social norm and a vehicle to happiness.  Leigh knew she wanted to feel happier, to feel as though she had a place in the world, and to stop fighting her depression.  This was an instant fix!

Her drinking and drug use escalated quickly, and Leigh knew quite early on that this was problematic.  She would black out easily.  It was always all or nothing for her, but she dismissed it as “being young’ and “experimenting.” She began getting herself into trouble – with friends, with family, and with her own mental health, but she continued to ignore all the signs, willingly refusing to believe that she could be “one of them.”

Cocaine became her drug of choice and is what really brought her down as she pinpoints when her life really started falling apart.  She LOVED using cocaine, and cocaine LOVED ruining her.  It was a toxic, one-way relationship.

After a suicide attempt, Leigh had the courage to confide in a friend, who made the call to Bellwood, and on October 21, 2019 Leigh crossed the bridge and entered through the doors of Bellwood.

She candidly acknowledges that there have been a lot of ups and downs since graduating from Bellwood.  She believes that sobriety is not as difficult as recovery.  The latter requires tenacity, courage, willingness, and connection.  A relapse shortly after leaving Bellwood taught her the greatest lesson of all – how much she truly wanted to be sober.  She didn’t feel guilt or shame, but instead, motivation.

Although there are some dark days, there are also lighter days too.  Leigh acknowledges that her mental health has been her greatest challenge, yet also her greatest power.  She is aware of the darkness that can encroach and finds herself earnestly seeking ways to grow through what she is enduring.

Today, Leigh is working at a job she loves as social worker.  She is honoured to share her compassion with others while working at a safe injection site as a harm reduction worker in a health promotion role.

These days, she is closer with her loved ones than she has ever been.  Her relationships are no longer superficial.  She has real, raw, intimate, and valuable connections with everyone in her life.  She feels safe with whom she has chosen to keep in her circle and has said goodbye to those who are not safe for her.  She loves writing, meditation, walking, baking, connecting with friends, giving back to her community, staying involved in recovery groups, and looks forward to travelling!

She is forever grateful that she has been given a chance to actually live her life and to become connected to something so much greater than she could ever possibly conceive.  Recovery has given her a chance to find out who she is and love and learn more in the process.

When asked, what the greatest gift recovery has given her, Leigh simply replied, “My nephew, because God knows I wouldn’t be in his life if I was still using”.