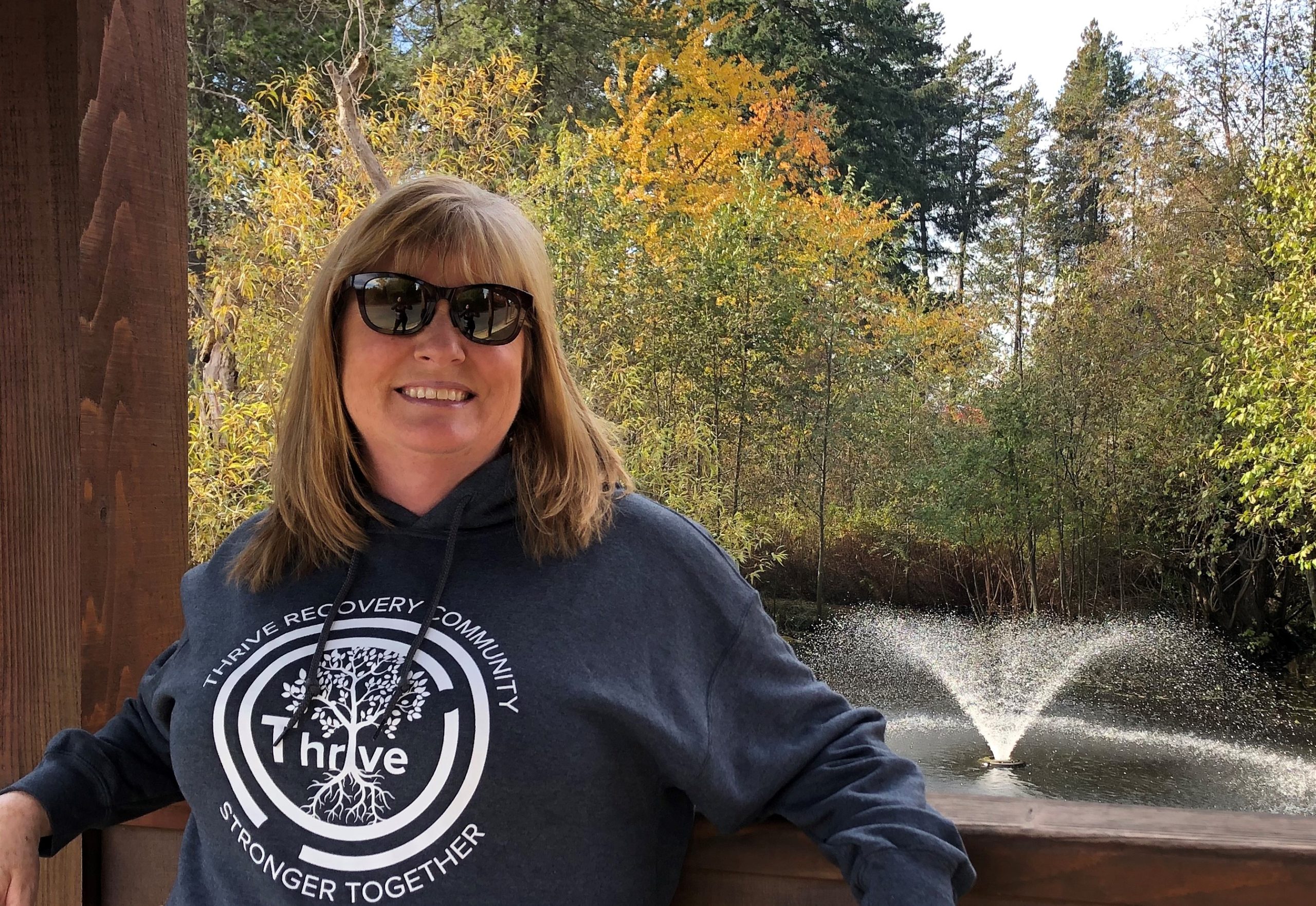 Bonnie has been part of the Edgewood/EHN family for over 19 years and has worked in several different capacities, always putting the well-being of our patients, their families, and our alumni community first.

In addition to ensuring that Edgewood has been professionally represented through her marketing, collateral and communication efforts, she has also been responsible for spearheading several different events including large conferences, community forums, Edgewood’s annual Run For Recovery, as well as alumni picnics, retreats, reunions, etc.

Chances are, if you’ve ever attended an event, been part of the Christmas magic at Edgewood, or celebrated something special, Bonnie had a hand in it.

Today, she now takes on the responsibility of strengthening and building stronger relationships with our alumni across the network and has recently launched our new alumni program, Thrive.  She believes that building a life-long relationship with our alumni is the cornerstone of what we do throughout EHN Canada.  “An alumni program is about people who understand and empathize with each other’s triumphs and struggles”, says Bartlett.  “No one leaving treatment should feel like they don’t have support and resources available to them when they are part of the EHN Canada family”.

As an alumnus of our family program and having two family members come through treatment this role is very near and dear to her heart and she looks forward to developing stronger and healthier relations with our alumni across EHN.

From her earliest childhood memories Bonnie recalls always wanting to please others.  She continually tried to behave responsibly and worked hard to make her family proud.  As a youngster, it was so much fun to help out in the kitchen, perform silly childhood skits with her older sister, Maureen or pass around appetizers and cocktails while her parents and grandparents entertained.  Receiving praise and approval from her parents was never hard because no matter what, she always knew she was loved.

Growing up, both her parents and grandparents always had friends and family over for happy hours, special events or spur of the moment gatherings.  That’s what family was, and oh boy, does she ever look back at those days with fond memories.  Toe-tapping music played, love filled the home, laughter was contagious, and everybody was always happy.  She now knows it was mostly the booze that elevated the laughter and outright silliness!

During her teenage years, their family home became a drop-in gathering place for their friends to hang out.  But before long, it was apparent that some of the friends weren’t coming around to hang out with Bonnie and her sister, they were coming to hang out with their dad, Art.  In Art, they found a drinking buddy and the humble family home soon became a drinking establishment for those who had nowhere better to go.

As the years went on and her dad’s disease of alcoholism progressed, the fun, and laughter turned to drunkenness, impaired charges and increased family stress.  As good co-dependents, Bonnie, along with her mom and sister got good at pretending that everything was “fine”, knowing full well her family was not fine.

In 1994, Bonnie moved from Victoria, BC to Nanaimo where her and her husband began to raise their own family.  As a young, expecting mom, she recalls the emotional experience of moving day, leaving her hometown, her parents and her friends, but worst of all, was when her dad, who was supposed to drive the moving truck, showed up drunk first thing in the morning!  She also remembers him falling down drunk on more than one occasion, and drunkenly stumbling into the delivery room when Bonnie’s first child was born.

There was no denying it anymore, Bonnie’s beloved dad was a full-blown alcoholic.

Through a friend of a friend, and by the grace of god, Bonnie was offered a job at the Edgewood Treatment Centre.  At that time, she knew very little about addiction treatment, but after growing up in an alcoholic environment, and watching her dad’s disease progress, it was something she was very passionate about.

Her first introduction to Edgewood was taking the Family Program called Insite.  She recalled being very familiar with all of the unhealthy behaviours that were pointed out, and as she says, “growing up in an alcoholic home, you become a master, but It was tough to learn that some of the things that you thought you were doing out of love, were actually enabling my Dad to continue on his downward spiral”.

In the fall of 2002, Bonnie received a phone call from her mom saying she had finally had enough.  Knowing now that there was hope, her family decided that something drastic had to be done to help save Art.

With the support of Edgewood and several family counselling sessions an intervention was arranged, and her family finally found the peace they had been searching for.

Her dad entered treatment on Thanksgiving Day 2002.  No, it wasn’t easy, but it was worth it.   He completed treatment just before Christmas and for the first time in years her family didn’t have to worry about his drunken behaviours.

In the years following, her mom and dad both got to enjoy several years of retirement, travelling and spending time with friends and family.  Unfortunately, Bonnie’s dad’s health began to deteriorate, and he was forced to tackle several health issues – but now faced them sober.

Sadly, Bonnie’s dad, Art passed away last November, but he left his family with 17 years of sobriety and was surrounded by his loving family.  Without the help received from Edgewood, Bonnie truly believes that her Dad would not have lived near as long as he did. A true gift, indeed.

Not surprisingly, as we know addiction is a family disease, Bonnie’s son also struggled with substance use as a teenager onwards.  Last summer, it was evident that he desperately needed help, and once again Edgewood was there for Bonnie’s family.  Her son completed both Inpatient and Outpatient programs and today has over a year of sobriety.  He is healthy, happy and raising a beautiful young family.

So, you can see why working for EHN Canada means so much to her, and why developing healthy, long-term relationships with alumni are so important.  Bonnie wants you to know that there is hope, there is support, and she hopes that you can all find a way to Thrive in your own journey to recovery.[/vc_column_text][/vc_column][/vc_row]