The Secret Sauce of Recovery: Series explores the evolution of the EHN way of doing treatment.

The Secret Sauce of Recovery: Series explores the evolution of the EHN way of doing treatment. 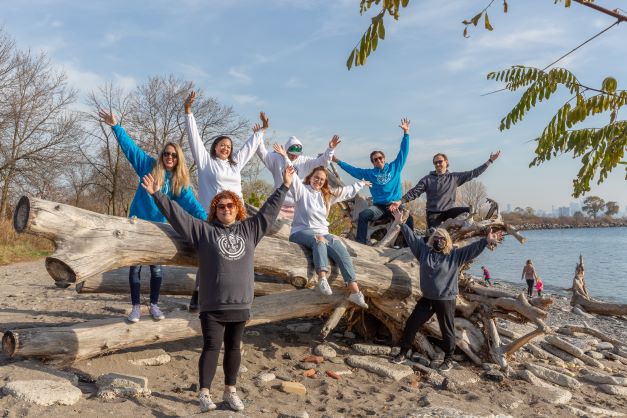 The history of addiction medicine is filled with incredible claims, personalities, facilities, successes and failures. It is a subject loaded with stigma, dripping with cynicism, and filled with all sorts of moral dilemmas.

Yet in the middle of this landscape, people like Gordon Bell, Jane and Neal Berger, and many others walked in and set their flag. They wanted to make a difference. They wanted to help. They were willing to put their reputations on the line to help the suffering, even in times of intense social, political, and religious finger pointing.

If you are in recovery today in Canada, these are just a few of the names who paved paths for thousands of people to come out of the shadows of stigmatization and ask for help. These are men and women who studied hard, offered suggestions, learned from mistakes, and put out welcoming hands to people who were, and are, as baffled as anyone as to how the affliction of addiction could entrap them.

They knew addiction does not care who you are. Where you come from. How much money you have or don’t have in the bank. How smart you are.

One thing has always seemed certain. People who live with and suffer under addictions are  predictably unpredictable.

In his book, A Special Calling: My Life in Addiction Treatment and Care, cowritten with Stan Solomon in 1989, when he was 78 years old, R. Gordon Bell, M.D., shared this description of the patients who came to him at his first clinic, a four-bed facility inside his own home in Glenmaple, Ontario in 1945:

“They shared no common personality characteristics, although most were understandably worried about their condition. Some were aggressive, outgoing people with successful business or professional careers, others hadn’t made a success of anything. Some were abnormally neat, others very untidy. Many were gentle and shy when sober, and exactly the opposite when drunk, while others remained consistently pleasant or unpleasant whether they were drunk or sober. They came from widely different social settings and ethnic backgrounds. I was mystified by my inability to find any useful guidelines in the medical literature, and I felt very much on my own. At the same time, I was increasingly excited that I was just beginning to investigate a wholly unexplored health and social problem. (I became so impressed with the need for further research and clinical guidelines that I have concentrated on it ever since.)”

As a doctor, Bell had training in medicine and psychiatry, but was not a specialist. He had helped emotionally disabled armed forces members during the war, so he thought opening a clinic for that issue made sense. He was not expecting folks with substance use issues, he was expecting people with emotional problems. In fact, he reassured his wife Mary “the worst we could expect would be three or four nervous old ladies as guests. I had no idea at the time that our only patients would be alcoholics.”

Bell would dedicate his life to helping addicts.

In Toronto, indeed in the annals of medicine across the country, Donwood and Bellwood are two names synonymous with mental health and Gordon Bell. He was a pioneer, a recipient of the Order of Canada, opening Canada’s first public hospital for the treatment of addictions in 1967. When Bellwood moved into Leaside, on the old Donwood site, 10 years after Bell’s death in 2005, the EHN connection to addiction medicine in Canada was cemented forever. Bellwood has nearly 40 years under its belt of helping others.

The EHN is committed to continuing that legacy.

The locations have changed. The mission remains the same.

Of course, Dr. Bell was not the only one trying to help others. Out on Canada’s west coast, men and women like Neal Berger and Jane Ferguson were putting together their own story. In April 1994, in Nanaimo, British Columbia, the couple had the financial support of the forestry giant MacMillan Bloedel, the International Woodworkers Association, The Royal Bank and Weldwood of Canada, to open a 40-bed facility, western Canada’s first private addictions recovery treatment centre.

With a strong 12 Step background, Edgewood took off like gangbusters. With its focus on the family, aftercare, and inclusion of employers in the treatment process, Edgewood was all about a holistic approach, not an acute care approach. In its first three years, Edgewood served over 1,500 people seeking help with substance use. Within four years it had developed a successful, 16-bed, Extended Care Program, and two years later it received its first accreditation through CARF, the Commission on Accreditation of Rehabilitation Facilities.

Berger and Ferguson were members of the Vancouver Island Chemical Dependency Society. They had spent years in the field and had designed a multi-disciplinary program for Edgewood which would help thousands of substance users, but also included elements to confront process addictions from gambling to shopping and gaming. Though some insurance companies continued to insist on a 28-day program, these two pioneers had a different mindset. Continuing care (aftercare), relapse prevention, outpatient programming, extended care, open ended treatment – Berger and Ferguson had answers for all the problems that come with addiction. Nursing – 24 hours at that – full time doctors and psychiatrists, group therapy, a gymnasium, counselors with and without lived experience, comfortable rooms, and beds – it was all there.

Today’s ongoing and devastating opioid crisis, which has led to the deaths of 30,000 Canadians between 2015-2021, shows the desperate need for help in the field of substance use and mental health. Edgewood opened to try and alleviate the problems of waiting lists in its own generation.

“People die during that process,” Ferguson told a Victoria Times Colonist reporter in 1996.

The concept of helping people with substance use issues is old. In the 2002 book Red Road to Wellbriety In the Native American Way we learn of great teachers like Handsome Lake, who lived in Iroquois country in what is now upstate New York around 1800. His good mind concept, his counseling for his brothers and sisters to resist alcoholism and join the journey of hope and healing are legacies to be studied.

“As early as the 1750s, recovery circles grew out of Native American cultural revitalization and religious movements,” the book says. “The beginning of any history of alcoholism recovery in America should be filled with the names of Wangomend (Assinsink Munsee), Papoon (Unami Delaware), Neolin and other Delaware prophets, Samson Occom (Mohegan), William Apess (Pequot) and Kenekuk (the Kickapoo Prophet).”

There are many more names in the Indigenous story, as there are in the history of addiction medicine across the globe. What those great medicine men knew, and what all the subsequent counselors and doctors know, is that there is a lot more to recovery than turning off the tap or putting the cap on the pill container.

“The term Wellbriety is an affirmation that recovery is more than the removal of alcohol and other drugs from an otherwise unchanged life. Wellbriety is a larger change in personal identity and values and a visible change in one’s relationship with others,” it says. “…we cannot bring one part of our lives under control while other parts are out of control. It is the beginning of a quest for harmony and wholeness within the self, the family, and the tribe.”

In his 1998 book Slaying the Dragon: The History of Addiction Treatment and Recovery in America, author historian and Recovery advocacy pioneer William L. White walks the reader through a mesmerizing and often unfathomable, meticulously detailed look at the ways North Americans have tried to deal with substance use issues. How physician and Founding Father Benjamin Rush in his famous 1784 treatise An Inquiry Into the Effects of Ardent Spirits coined the condition as an “odious disease.”

Odious means extremely unpleasant, and deserving hate. That hatred has led to stigmatization towards those who have the disease, and two centuries of hatred have landed us at this point. From asylums to prisons, from electroconvulsive therapy to Antabuse, from expensive spa like centres to yoga by the moonlight, the answer to the puzzle that is substance use, or misuse, continues. The opioid crisis rages on, there are over 200 definitions of alcoholism, thousands of treatment centres, and recovery modalities, and thankfully, countless people who are trying to help others deal with their mental health situation.

Dr. Gordon Bell, founder of Bellwood, and Jane Ferguson, cofounder at Edgewood, are just two of the visionaries who have unknowingly guided the Edgewood Health Network years before its formation in 2014. Forward thinking, willing to try different approaches while  remaining true to proven science while offering spiritual options, their approaches have the Edgewood Health Network at the forefront of mental health and substance use services in Canada in 2022. The EHN has set its own flag in this fight for well-being.

In the coming few posts we will look at just what it is that EHN offers and where, and who can benefit and how.

It is an ongoing story of compassion, science, and most of all, hope.