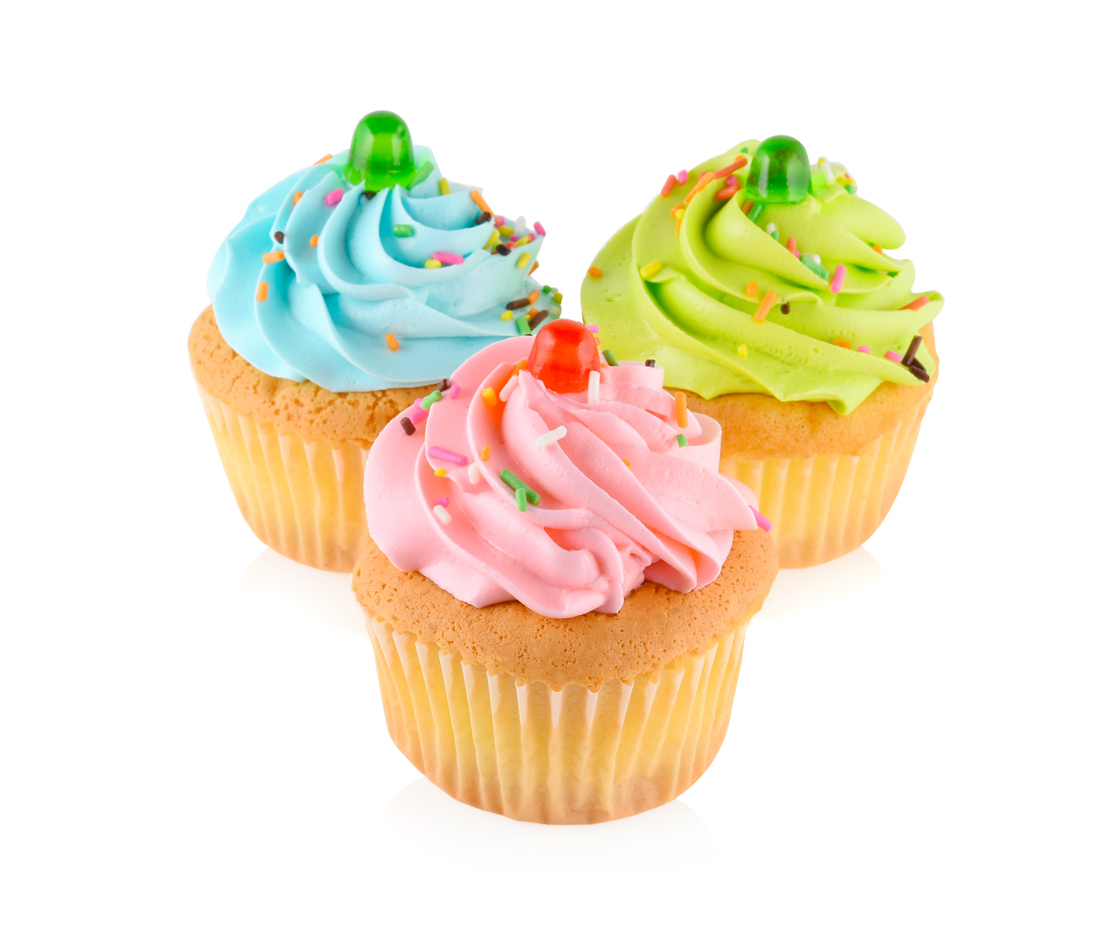 Marie-Antoinette, Queen of France once dismissively said of the starving masses, “Let them eat cake.”

It didn’t go over so well, as the French Revolution can attest.

Well, maybe her Highness was onto something.

In 2022, in the high tide of a recovery revolution, at a time when millions of people are finding ways to gain freedom from the bondage of addiction, eating cake is rarely a bad idea. In fact, cakes are a big part of recovery.

At the end of June, for the first time in over two years, dozens of alumni returned to Nanaimo’s Edgewood Treatment Centre to meet up with others they had gone through treatment with months or many years before, to show current patients that recovery is possible, and to receive medallions commemorating various increments of time in recovery.

As COVID protocols loosen, more and more people with a link to the centre are once again coming forward to prove that recovery is all about having fun, and sharing messages of hope. Especially this summer, after being cooped up for a couple of years. A Run for Recovery drew hundreds in June and raised thousands of dollars to help people access treatment. A pancake breakfast was a hit last month and we recently had a great time at a paintball outing. A golf tournament is next up. And yes, people are taking cakes again, too.

Birthday celebrations are common across the recovery community, and the EHN is all about celebrating wellness. In the past, sometimes there can be upwards of 300 people crammed into the Nanaimo centre to watch and listen to the inspirational messages that come as someone accepts their token of proof that they have achieved a recovery milestone.

In the big picture, celebrating birthdays is a big Western tradition. How big? According to the Guinness Book of World Records, Happy Birthday to You is the most widely sung song in the English language. On the other side, birthday celebrations don’t excite everyone. A quarter of the world’s population (Muslims), and other religions forbid the celebrations, and deem them pagan rituals.

In recovery circles, hard and fast rules on birthdays just don’t exist. Some mutual aid societies, like Alcoholics Anonymous and Narcotics Anonymous do it this way, while others like SMART Recovery don’t do it at all. Some folks note anniversary days, weeks, months and years, others celebrate the increments that matter most, be it one, five, 10 or more years. Many prefer the humility of quiet acceptance that another day has passed and don’t feel the urge to sing it loud and proud.

Counting days can be motivating for some in that it celebrates sticking to a goal or plan. Others like to see and feel the joy of those who are accomplishing positive changes, so it can be a win/win. Not for everyone, however. Since many experience relapse on the recovery path, it can be difficult to be reminded that the goal of abstinence was lost, even temporarily, and a restart can seem overwhelming. So, nothing is chiseled in stone.

The 12 Step movement, founded in Akron and New York in the 1930s, has no official policy on the matter of people receiving tokens or medallions recognizing various lengths of sobriety. It is not an AA or NA or myriad “A” thing. It is something, but it is up to everyone to decide what that thing is for them.

There is some history of noting time in recovery tied to the very birth of the movement. In the late 1930s, in Akron, Ohio, a woman known as Sister Ignatia (a close colleague of AA Cofounder Dr. Bob Smith) while working in the alcoholic ward at St. Thomas Hospital, gave Sacred Heart medallions to patients who had completed detoxification treatment. She would tell them that they had to return those medallions should they decide to take another drink – before they took that first sip. That was in the days before the Big Book was published, so AA was not even formed officially yet. AA’s Co-founder, Bill Wilson, told his secretary Nell Wing that the history of AA groups giving out tokens began at a group in Indianapolis in the early 1940s.

At Edgewood, the history of Cake Night goes back even before the origins of the centre in Nanaimo, B.C. Clinicians Jane Ferguson, and her husband Neal Berger, had been practicing Cake Night at their Meridith Road offices before they opened Edgewood.

“We felt it was very important as a means of keeping people connected, and for building recovery-based relationships,” says Berger, who still lives within an hour’s drive of the treatment centre he helped establish.

Oh sure, there is a marketing plus for building any treatment centre’s base. Walking, talking, happy examples of success send a strong message regarding the competence of the program offered at the site. The mixing of business and mental health care is always a delicate one to navigate.

But the true essence of Cake Night is a spiritual one. It is one of connection. Of one addict witnessing another’s success in beating the illness back. The connection of people in recovery feeling genuinely proud of the work they have done on themselves and breaking the stigma by showing it off as proof others can achieve recovery, too.

The tradition of extended care and inpatients sitting in the Edgewood cafeteria chairs for a couple of hours surrounded by alumni, families, friends, and Edgewood staff, has always impacted people on Cake Night.

Of course, sometimes in the early days of recovery, not everyone is gaga about sitting in a chair for two hours hearing people talk about how great their lives are.

While in the early days of her treatment, a withdrawing Sareh T. found the whole process of sitting in a chair for hours “excruciating.” Yet towards the end of her treatment at Edgewood, her attitude about Cake Night changed.

“It showed the progression of my wellness. Because after six weeks or two months or three months, I was able to participate in Cake Night. I would look forward to seeing people who had completed and come back, see how they were doing.”

But it was also bittersweet.

“Every Cake Night there was less and less people that I went through with,” she says quietly. “Our ‘solid 12’ would be eight, would be six, would be four.”

“It was a celebration of us doing well but it was also an acknowledgement of those who hadn’t made it. Like in my group from 1998, I think there is only two people that I know who are still sober.”

Christina Basedow, Ph.D., RCC, is Edgewood’s executive director. She has been attending Cake Night’s at the centre since 2008, when she was a junior counselor. She says Cake Night has always had a profound effect on alumni, patients and staff.

“For staff, it is about celebrating your patient but also celebrating the work that you have done and put into your patients,” says Basedow. “Having that celebratory component really inspires teamwork and makes people feel like we are all part of something a lot bigger than just coming to work from nine to five. You see all the great things like the people’s kids and their parents and the life that they never thought they could have and now they have it. It’s this whole amazing thing.”

For patients and alumni, it can be a similar deal.

“You know, for patients I honestly think it is the same thing, even though they don’t realize it is happening. Celebrating recovery, it is destigmatizing. It reduces shame. It lets people believe that treatment works, which I think a lot of people have trouble believing when they are in it,” says Basedow.

The bottom line, according to Basedow, is the message of hope.

“No matter how annoying or frustrating or long they (Cake Night events) go for, people leave knowing that people get well, and their lives get restored. Really that is a big component as to why it is there for inpatients.”

As treatment centres continue to come to grip with the COVID experience and potential strains going forward, Edgewood has decided to reduce the in-person events to quarterly events, and to have eight on-line Cake Nights around those four. This allows for accessibility for those who can’t make it in person, while carrying the message of gratitude to those who are craving hope.

As Edgewood remodels its tradition of Cake Nights, other EHN facilities are keeping a close eye, and pondering ways to develop the tradition across the country.

EHN’s Chief Operating Officer, Cara Vaccarino, says Cake night is “definitely on the docket for Bellwood and everywhere else across the network.”

It is too big a deal to not be, really.

“Cake Night represents an important set of milestones for our clients and their families; a time for reflection and gratitude for overcoming the ravages of addiction and coming into the light and fellowship of recovery,” says Vaccarino. “As long as I’ve been doing this work, I’ve been consistently humbled and I’m always in awe of the courage and resilience of those we serve.”

With the ever-shifting winds in how best to treat addiction, from Electric Shock Therapy to 12 Step to EMDR, to CBT, to DBT, to Trauma Therapy, Somatic Therapy, Equine Therapy, and so on, customs and traditions also come and go. Cake Nights have been part of the Bellwood story in the past. But as the industry moved towards evidence based, best practices and cutting-edge modalities, certain traditions like Cake Night lost their priority. The pandemic was a death knoll for in-person meetings for alumni, and cakes were off the table.

Rebooting the concept of celebrating time in recovery is a priority for John Hastings, EHN’s National Director of Alumni Relations and Development. He says once in-person meetings resume, it is his hope to “rekindle the Cake Night at Bellwood, too.”

Of course, there are arguments within the recovery community about celebrating time. The words “recovery” and “abstinence” are hot buttons at the crux of the matter. Cake Night is much more than two words, according to Dr. Basedow.

“To me if people are trying to find wellness, whatever it looks like to them, then we should be trying to give people an opportunity to celebrate that.”

Meanwhile, people from all walks of life with connection to EHN are going to keep showing up at Cake Night for all the right reasons.

Lisa O. has been attending Cake Nights in Nanaimo, off and on, for 20 years. It is very personal to her.

“I have been around addiction for many years. Grew up around it in my family. I am still learning to cope with loved ones and addiction in my life to stay healthy,” she says.

“My heart is in being part of individuals that want to improve their life. Hearing their stories and achievements on their journey, warms my heart.”

Maybe the rekindling of Cake Night is exactly as it is supposed to be. Lisa notes how the very patients who sit through two hours of inspiring words often grumble about the time it takes from their relaxing evening schedules. But in the end, they come to appreciate what Cake Night stands for.

“Oh, the inpatients, listening to them and seeing them fighting to stay in there. And then when they come back themselves to get three months, a year or more, their view on cake night is totally different. That’s the beauty of their recoveries.”

And the beauty of Cake Night.

Maybe Marie-Antoinette was right after all. Let them eat all the cake they want.